Are you ready to unleash your inner drone pilot and take to the skies? You don’t need to drop hundreds or thousands of dollars to get a well-made quadcopter hobby drone. Check out the 3 best cheap drones for beginners.
What was initially purely for military use is now a toy for kids and adults. Outside of the military, drones are utilized by industries and private entities for a variety of applications. But the place where drones have made their biggest debut is with hobbyists. 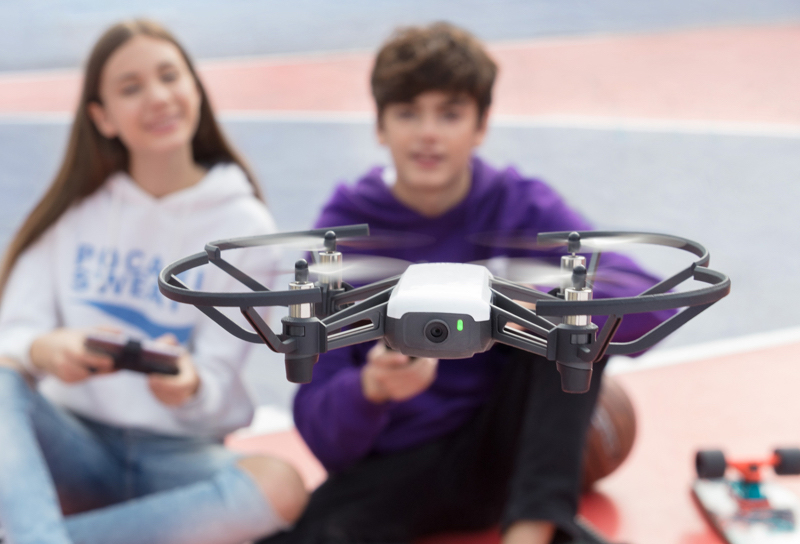 What’s a Drone?
Drones are unmanned, and pilots operate them via remote control. Drones are called, by the FAA, unmanned aerial vehicles or unmanned aircraft systems. They come from generations of model airplane builders and enthusiasts, with roots in some of the greatest technological innovations of the 20th and 21st century.
Some hobbyists buy drones for the sheer enjoyment and challenge of piloting. Some amateurs and professionals seek the perfect shot by capturing spectacular high-quality photographs and video from an aerial vantage point. Or, maybe you want the drone that can win any race.
There are as many ways to use cheap drones as there are drone hobbyists.
Cheap drones are, either built for endurance or for speed. Most cheap drones don’t have GPS or wind-stabilization, but many have a built-in camera.
Most hobby drones are quadcopters, meaning the vehicle has four propellers. But, hobby drones exist with up to eight propellers-called an octocopter.
The 3 Best Cheap Drones for Beginners
The cheaper the drone the less functionality it will have. Most often, that means that cheap drones have a shorter flight time than expensive drones with better batteries.
Drones with the longest flight time, either are equipped with solar panels or several big batteries.
1. Tello Quadcopter Drone by Ryze
The Tello Quadcopter Drone by Ryze is the best cheap drone for beginner quadcopter pilot training. Just toss it into the air and start performing stunts and HD photography. This drone flies for up to thirteen minutes and includes an introduction to drone coding.
Newbies can get accustomed to piloting the drone in slow mode, and increase their speed gradually, over three-speed settings. And, the Tello Quadcopter Drone features dual antennas, for enhanced stabilization in the air.
The Tello Quadcopter Drone by Ryze (co-manufactured by world leader in high-end drones DJI) is an affordable model for serious beginner pilots, priced under $100.
2. SYMA X5C Quadcopter
If you want to get some HD pictures from an aviary angle, the SYMA X5C Quadcopter is the best cheap drone for pictures. This drone features the ability to do flips in the air with the press of a button. And, it boasts strong gyro control to resist strong winds.
You can fly for up to seven consecutive minutes, with 100 minutes of recharge time in-between. The fly-time to charge-time ratio is high, but it is very affordable, under $40.
3. Force1 U818A Discovery Quadcopter
If you are looking for the next level up in drone quality, check out the Force1 U818A Discovery Quadcopter. This beginner drone is on the high end of cheap quadcopters, coming in just under $100.
The Force1 U818A Discovery Quadcopter features a 4Gb micro-SD storage card to store the 720p HD photos it takes. It features a 6-axis stabilizing system for wind resistance, and it orients itself to your heads direction.
But, best of all, the Force1 U818A Discovery Quadcopter features up to 18 minutes of flight time, making it the cheap drone with the best battery. For about twice the price you get twice the flight time.
Final Thoughts
If you liked this article on the best cheap drones for beginners, share it with a friend on Facebook and feel free to leave a comment in the space below.
And, learn more about hobby drones and gear by becoming a subscriber to our blog newsletter.
Skip to toolbar